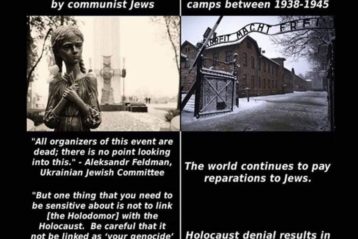 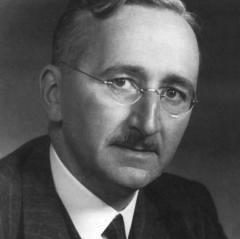 This article is part of a series that studies if five famous Jewish libertarians used libertarianism to serve Jewish group interests.       Friedrich von Hayek (1899-1992) was a famous libertarian who belonged to the Austrian School of economics. In 1974 he received the Nobel Prize.     Read part I. Friedrich […] 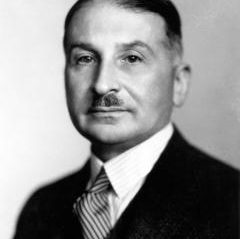 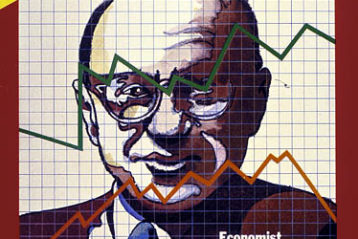 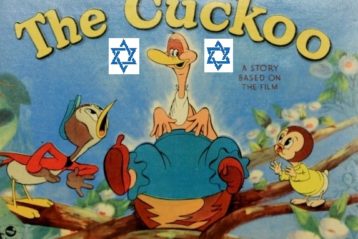 White history is both glorious and wimpish. It is glorious because Whites alone have been able to develop a great civilization with liberty and science. It is wimpish because Whites have let the extremist Jews to take over their civilization and turn it upside down. The White civilization is soon transformed into a concentration […] 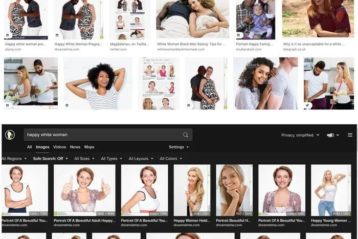 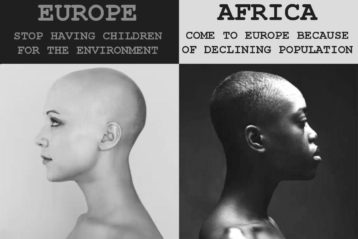 Power Behind the Throne 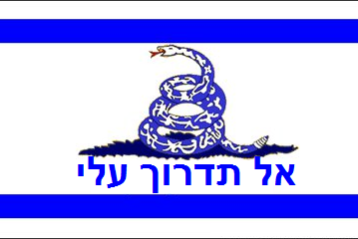 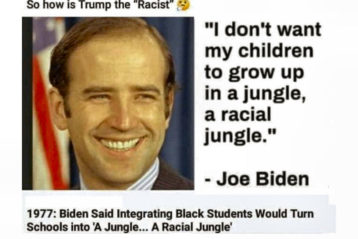 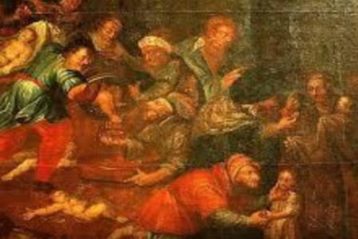 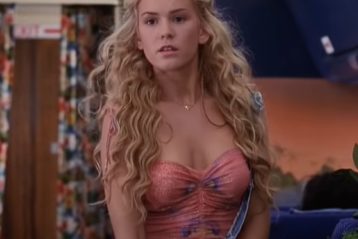 Scooby-Doo being not so much for kids

Tezoki: A friend and I marathon-watched all the live-action Scooby-Doo films and realized how much “risque” content there are in the first two. I don’t know if most of what I point out counts, or if it just makes me seem like a creep. Maybe the marathon just awakened my childhood crush on Sarah […] 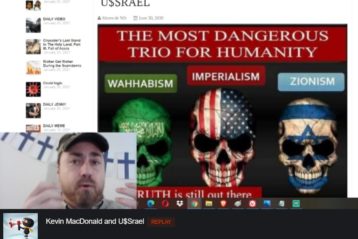 It is easy to see that black children physically mature faster than white children. However, the difference if even bigger than many can quess.   Here is one example. A black baby can keep his head up much more early than a white baby. 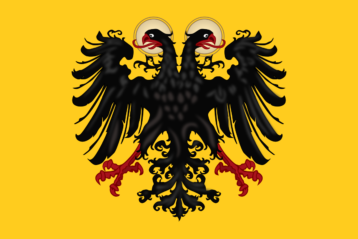 The Cradle of Liberty, The Holy Roman Empire vs. Jews 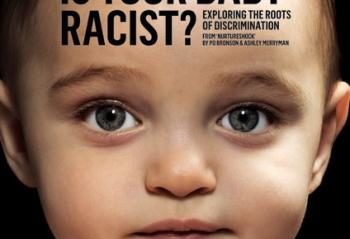 Excerpt from Professor Kevin MacDonald’s book “Culture of Critique”. Page xxxii, paragraph 3: It is interesting that developmental psychologists have found unusually intense fear reactions among Israeli infants in response to strangers, while the opposite pattern is found for infants from North Germany. (See endnote 14, Endnote 14. Grossman et al. and Sagi et […] 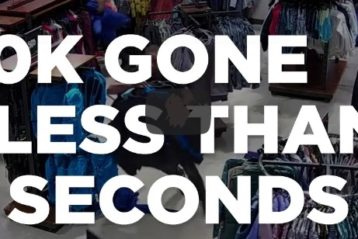 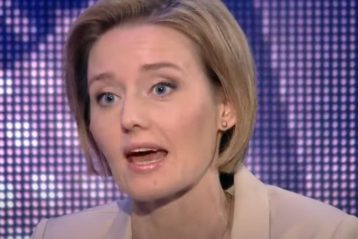 From the horse’s mouth!   Not surprising since both want to torture both little baby boys and innocent animals. 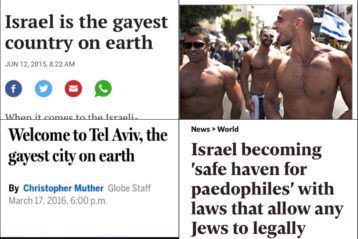 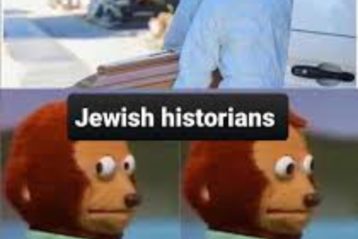 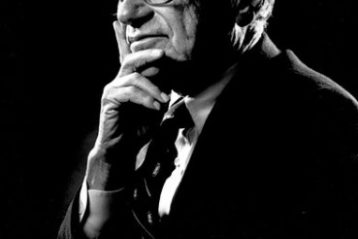 In his Culture of Critique trilogy professor Kevin MacDonald shows how many Jewish dominated intellectual movements have developed a culture of critique that undermines those ideas and values that protect White group interests. These Jewish dominated intellectual movements include the Frankfurt School, Boazian anthropology, Freudian psychoanalysis, the New York Intellectuals, Marxism and even […] 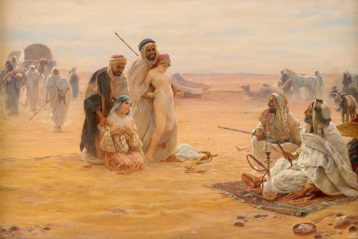 Nowadays nobody wants to talk about the fact that Muslims enslaved over one million Europeans.   Luckily there is one well researched book that tells the truth:   Christian Slaves, Muslim Masters by Robert C. Davis     Derbyshire has an interesting review of the book. 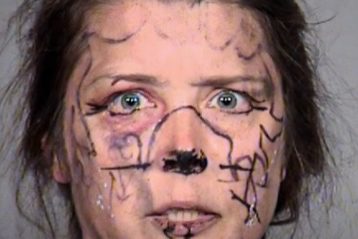 SC reviews The Black Lives Matter movement (BLM) has had its fair share of fails so I decided to compile a NEW list of top 10 moments which left me and many others scratching our heads. 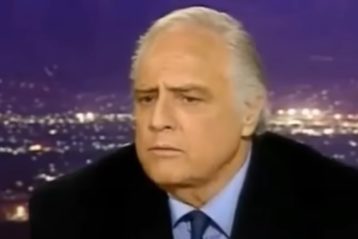 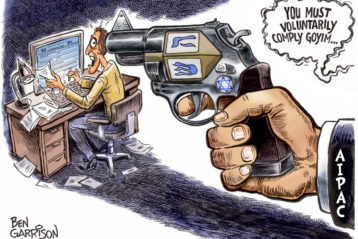 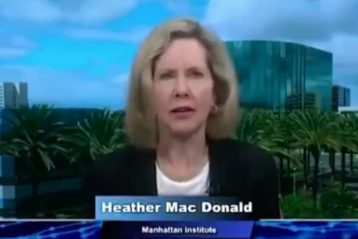 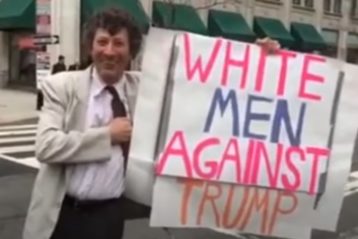 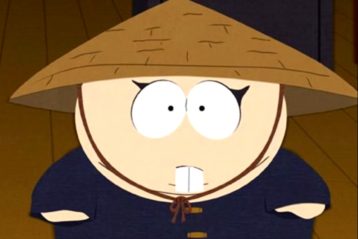 Some of these episodes are already censored.       It Hits The Fan Cartman Joins Nambla Hell on Earth 2006 All About the Mormons Trapped In The Closet The China Problem Scott Tenorman Must Die Up the Down Steroid Woodland Critter Christmas and lastly With Apologies to Jesse Jackson 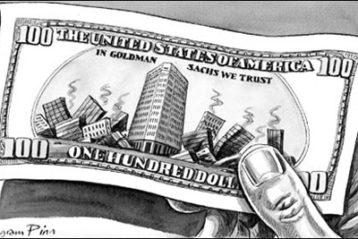 Would Europe be free if Jews had never existed?

Wheel of History vs. the Hofjude

[Note for the Finnish Attorney General: Hofjudes and Zionists do not represent all Jews. Most of the books cited here are in fact written by Jews themselves. Nor does the Israel Lobby represent all Jews.]     This is an attempt to understand the Big Picture, i.e. the development of human history from the […]