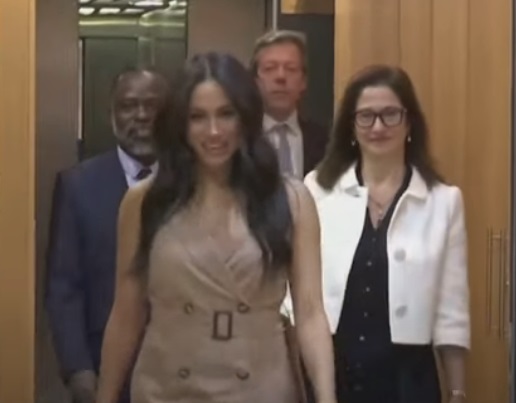 Political commentator Calvin Robinson says it is “absolutely shocking” Meghan Markle and Prince Harry continue to use the titles of Duke and Duchess of Sussex. “We saw, only this week, they were at an event and they introduced themselves as royalty,” Mr Robinson told Sky News host Rita Panahi.

“It’s not just a British institution, it’s a global institution … I think we’re all being pulled down by Meghan Markle’s plan to become the most famous princess in the world.”