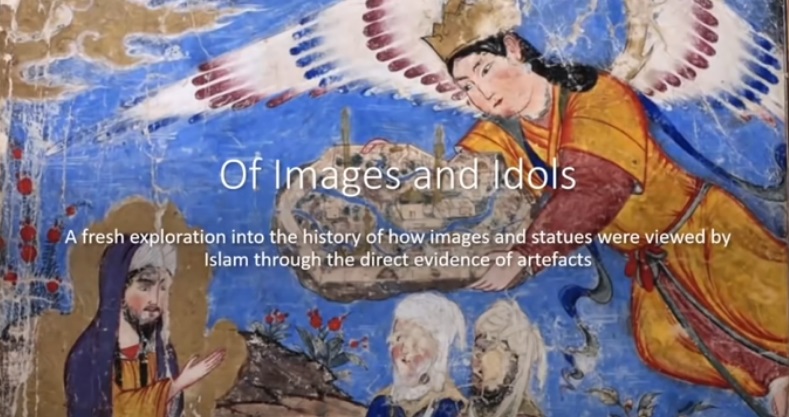 Mel introduces a completely new way to find how Islam evolved, this time the theological prohibition of images. His solution? Simply follow the art and you can see how Islam changed in its views on imagery. To begin with Islam, according to the Standard Islamic Narrative (SIN), from the time of the prophet Muhammad in the 7th century, there was a total ban on any imagery, as it was considered idolatrous, possibly a reaction against the popular imagery which we find in Christianity right through the centuries.

Yet, Mel noted, there is no prohibition of drawings or even showing of images in the Qur’an. In fact it isn’t until we look at the 9th century Hadith that we find a prohibition of any images, though it is these Hadith which claim that this prohibition was in place during Muhammad’s time.

The odd thing is that when we look at the artifacts from the 8th century we find that there were images everywhere, especially in the palaces of the Caliphs, where one can find paintings, murals, mosaics, and statues of people and animals in abundance, suggesting that iconography was alive and well for over 100 years after Muhammad’s death, but these would then contradict the SIN.