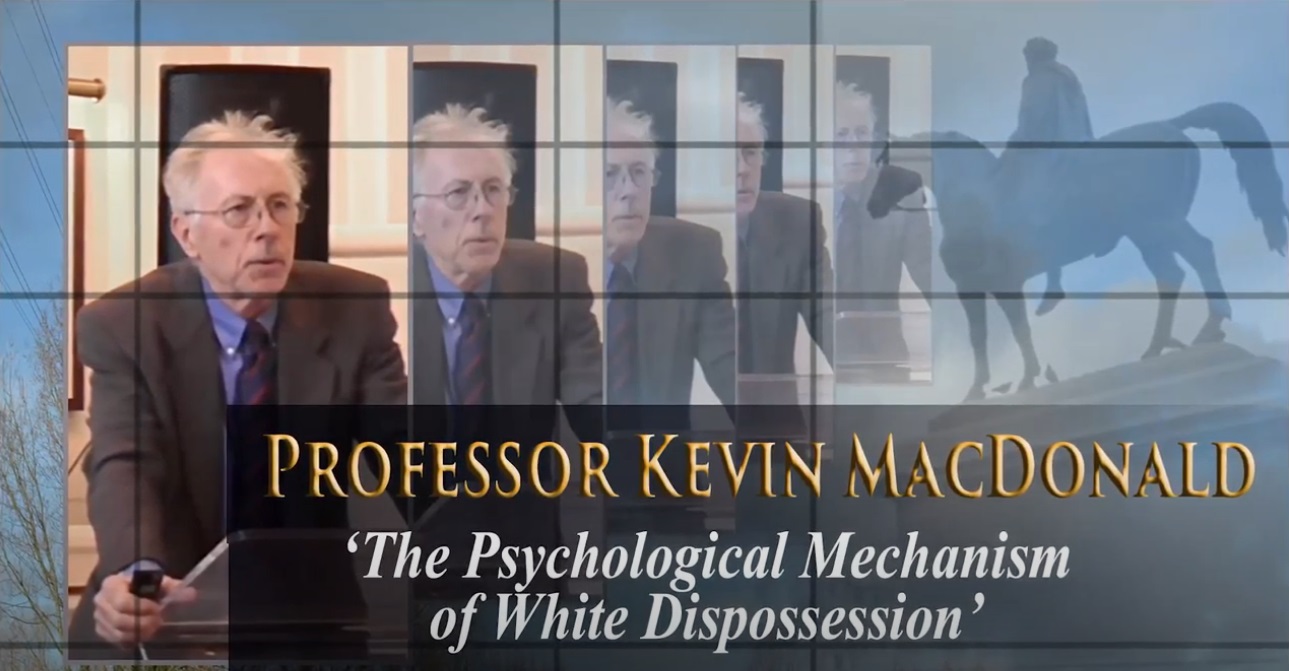 Facebook
Originally uploaded to The London Forum in 2015.
If books have the power to change the world, the four books by Professor Kevin MacDonald, (California State University), ‘A people that shall dwell alone: Judaism as a group evolutionary strategy’, ‘Separation and its Discontents: Toward an Evolutionary Strategy of Anti-Semitism’, and ‘The Culture of Critique: An Evolutionary Analysis of Jewish Involvement in Intellectual and Political Movements’, and the series of essays ‘Cultural Insurrections’ may well be very good candidates.
In this talk Professor MacDonald, the Director of the scholarly website ‘The Occidental Observer’, will discuss the four mechanisms basic to the psychology of White dispossession – short-term interest, social learning, false morality and individualism – and how we can overcome them and hence begin to reclaim and repossess what is rightfully ours.
http://kevinmacdonald.net/ http://theoccidentalobserver/
Jaa artikkeli