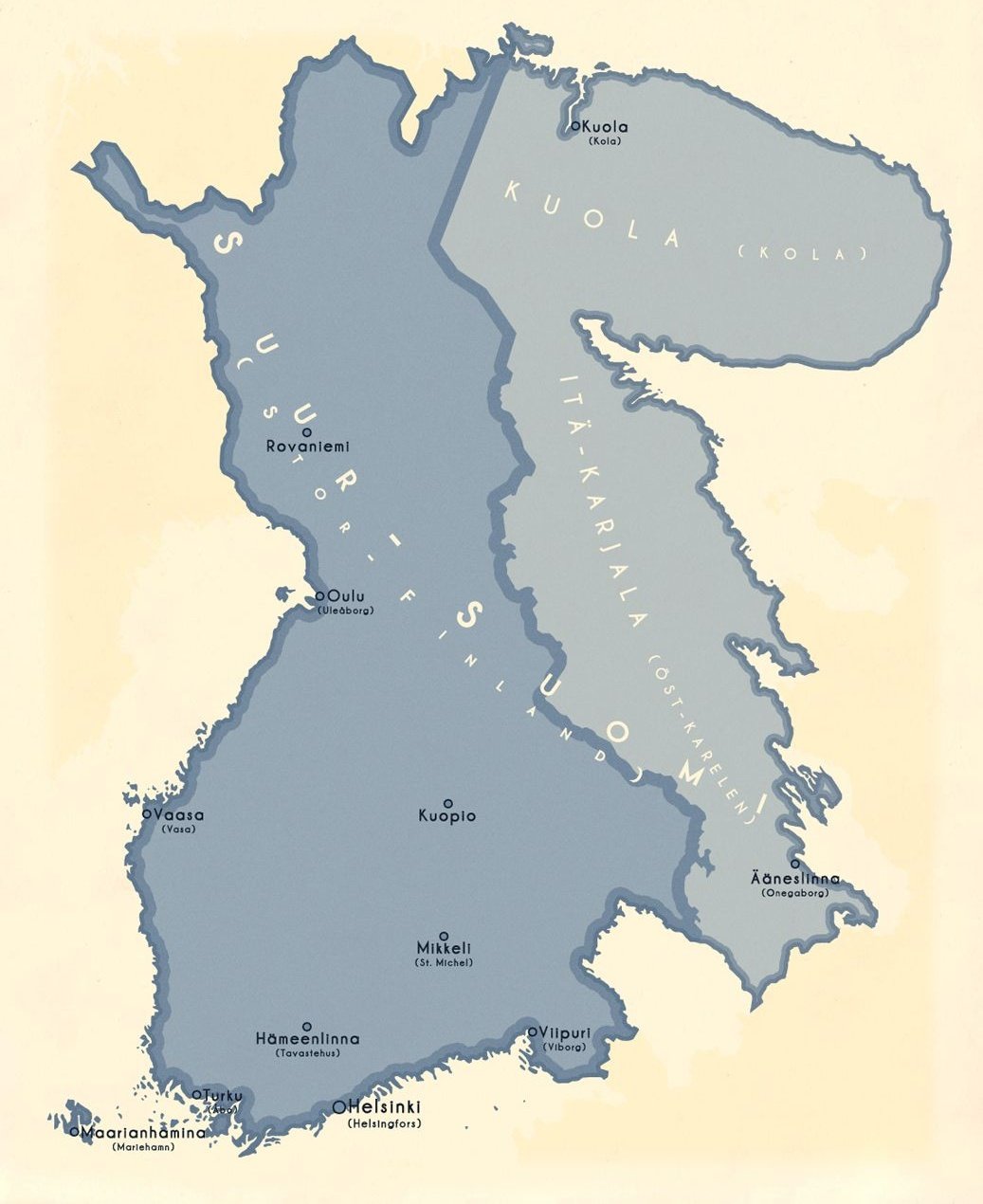 East Karelia was part of Finland culturally but for some reason the Finns living there were not that enthusiastic to join Finland. Probably because they were Eastern Orthodox. Here again we see the strong influence of religion on politics.

During his short reign in Finland, Fredrik Kaarle I was asked by a German Officer whatever or not Finland should incorporate the region of Karelia.
He replied: No matter what foreign politicians say, the Finnish people will always know the undeniable truth that Karelia is theirs. pic.twitter.com/7PMxSiWJSB

Finnish soldier looks on at the burning town of Porajärvi in Karelia during the Continuation War (1944) pic.twitter.com/ELrcgIw4uc

Think my new neighbour is taking a liking to my music taste! He has been banging on the wall every 5 minutes now when I put on a new finnish war song! 😎🎶🇫🇮 pic.twitter.com/EPxEDbKo2I