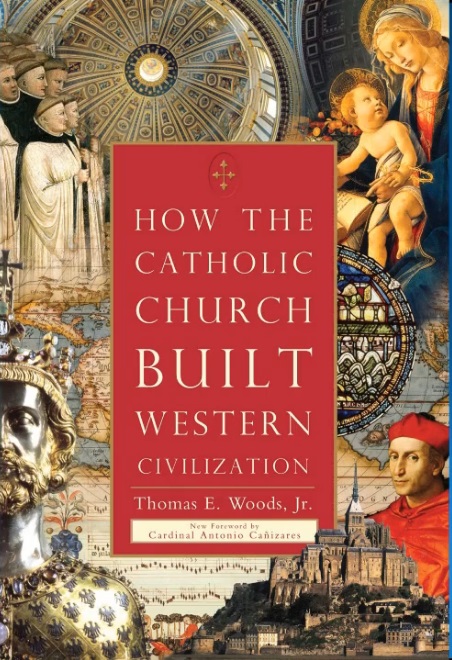 1200’s- Kings against the Pope and the Templars

The crusades made Popes more powerful by creating various religious military orders like the Templars and the Hospitalers. It was the Templars who first created an honest European wide banking system. The Church dominated the university system, encouraged the development of philosophy and the natural sciences. It was also the Church and its Scholastics who created an extremely important new science, economics. Dr. Thomas Woods explains:

To say that the Church played a positive role in the development of science has now become absolutely mainstream, even if this new consensus has not yet managed to trickle down to the general public. In fact, Stanley Jaki, over the course of an extraordinary scholarly career, has developed a compelling argument that in fact it was important aspects of the Christian worldview that accounted for why it was in the West that science enjoyed the success it did as a self-sustaining enterprise. Non-Christian cultures did not possess the same philosophical tools, and in fact were burdened by conceptual frameworks that hindered the development of science. Jaki extends this thesis to seven great cultures: Arabic, Babylonian, Chinese, Egyptian, Greek, Hindu, and Maya. In these cultures, Jaki explains, science suffered a “stillbirth.” My book gives ample attention to Jaki’s work.

Economic thought is another area in which more and more scholars have begun to acknowledge the previously overlooked role of Catholic thinkers. Joseph Schumpeter, one of the great economists of the twentieth century, paid tribute to the overlooked contributions of the late Scholastics — mainly sixteenth- and seventeenth-century Spanish theologians — in his magisterial History of Economic Analysis (1954). “[I]t is they,” he wrote, “who come nearer than does any other group to having been the founders’ of scientific economics.” In devoting scholarly attention to this unfortunately neglected chapter in the history of economic thought, Schumpeter would be joined by other accomplished scholars over the course of the twentieth century, including Professors Raymond de Roover, Marjorie Grice-Hutchinson, and Alejandro Chafuen.

“[S]cholars of the later Middle Ages,” concludes Lindberg, “created a broad intellectual tradition, in the absence of which subsequent progress in natural philosophy would have been inconceivable.” Historian of science Edward Grant concurs with this judgment:

What made it possible for Western civilization to develop science and the social sciences in a way that no other civilization had ever done before? The answer, I am convinced, lies in a pervasive and deep-seated spirit of inquiry that was a natural consequence of the emphasis on reason that began in the Middle Ages. With the exception of revealed truths, reason was enthroned in medieval universities as the ultimate arbiter for most intellectual arguments and controversies. It was quite natural for scholars immersed in a university environment to employ reason to probe into subject areas that had not been explored before, as well as to discuss possibilities that had not previously been seriously entertained.

The creation of the university, the commitment to reason and rational argument, and the overall spirit of inquiry that characterized medieval intellectual life amounted to “a gift from the Latin Middle Ages to the modern world…though it is a gift that may never be acknowledged. Perhaps it will always retain the status it has had for the past four centuries as the best-kept secret of Western civilization.” (Tom Woods. How the Catholic Church Built Western Civilization.)

In the High Middle Ages that the Pope and his military orders started to dominate the European economy and especially banking. Jews became alarmed and financed the kings such as Philip IV to destroy papal power. The Popes could not anymore defend the papal military orders because Popes themselves were under the power of the kings. Soon they were even imprisoned at the mercy of the French kings in the hundred year Babylonian captivity. The kings were not so much interested to protect the Holy Land as the were interested in destroying the power of the popes and his military orders. This was a watershed in European history. Decentralized free Europe was destroyed by strong states, high taxes and continuous wars such as the Hundred Years’ War. The collapsing economy soon led to the Black Death.