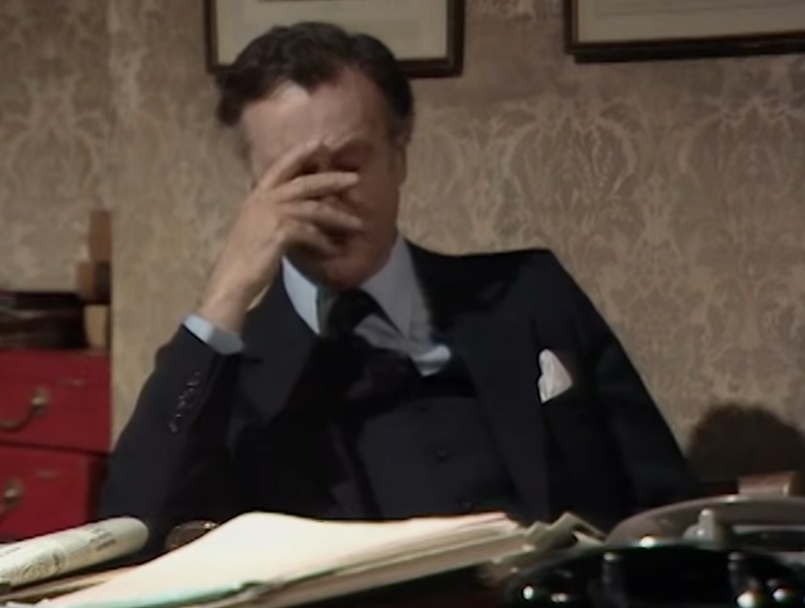 During the Thatcher era this was a hugely popular TV-series about the absurdities of government bureaucracy.

Here are the best bits from Jim Hacker, Sir Humphrey Appleby and Bernard Woolley in a compilation of the first series from Yes, Minister.