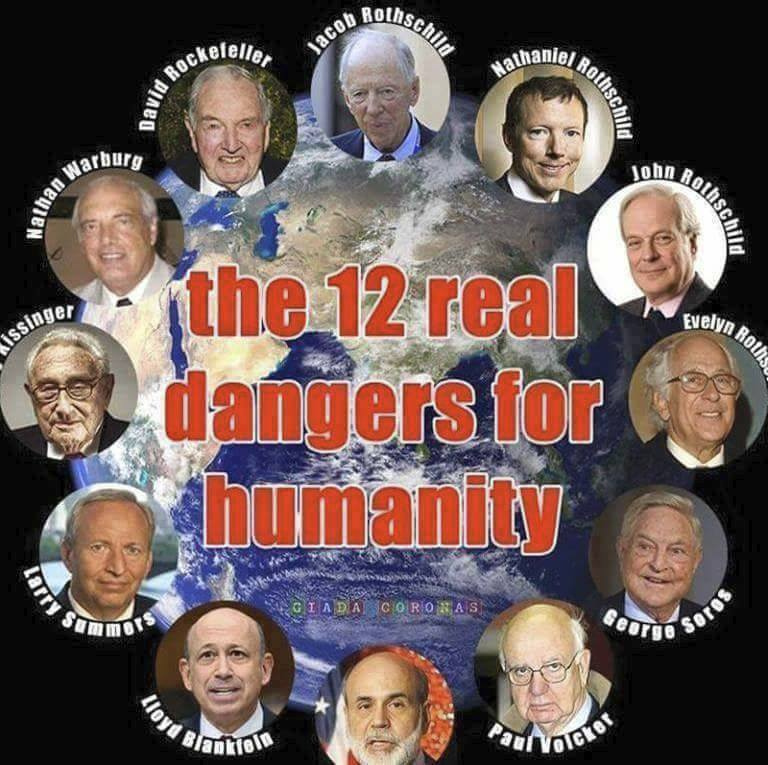 The Jewish Cuckoo story is the most important story ever told because it answers who rules over you. It is an illegal story because it is true. It threatens the ruling elite.

However, the story is only a part of the bigger story of the battle between Liberty and the State. But it is still an important part because it made the state much more powerful. In fact, the state might have withered away in Europe if not for the support Jews gave to it.

1. The birth of states is interpreted through a propertarian cartel theory and especially state cartel theory

2. The law and money monopolies created the state, destroyed liberty and started a centralizing drive towards world government

3. Centralization made it relatively easy for the elite Jews to achieve first regulatory capture, then create Culture of Critique and the money machine and then finally capture the state and create U$Srael together with the Rockefellers

4. Elite Wasps and Jews are now two sides of the ruling elite of U$Srael that dominates the world and is close to creating the World Central Bank

5. Are Jews becoming the senior members of the Ruling elite? Is U$Srael becoming ZOG? Is this why Trump was kicked out with scamdemic and votescam?

If the Jewish Cuckoo story is so simple why have not others told about it? Simple. You need to be well versed in both economics and history. Economic historians have been bought or pressured into silence. Your career is totally destroyed if you speak critically about Jews.

But what about conservatives? Surely they must have noticed? Yes, a few courageous conservatives did notice. For example, Alexander Solzhenitsyn wrote a revealing book 200 Years Together. However, even if these few conservatives were great historians they were not economists. They did not understand the problem from a 1000 year perspective. They did not even understand how the money machine, i.e. fractional reserve banking works. They never gave us the Big Picture.

But surely many libertarians must have noticed how Jews helped the state to become all-powerful? Many libertarians are usually good in economics and their whole ideology is about resistance to the state. Yes, maybe many libertarians suspected something but Jewish libertarians covered up or obfuscated crucial facts and turned the movement into a Philo-Semitic neolibertarian movement. Those libertarians who started to speak of the Jewish Cuckoo story were fast silenced and pushed out of the movement as dangerous anti-Semites.

But what about socialists? Surely they must have noticed how Jews helped create a private money machine that exploited the people? In the early days of socialism a few such as Bakunin did notice but they were marginalized by Jewish socialists led by the Jew Karl Marx who even refused to criticize the Rothschilds. Soon virtually all important socialist leaders were Jews or their fronts. Later socialist countries made so called anti-Semitism a serious crime.

But what about Fascists? In fact, the Fascist movement was originally allied with Jews. But what about the super-Fascists, Nazis? Surely they must have spoken out! Yes, they did and they also had the Big Picture. However, they did not use so much economic as biological terminology. They called Jews parasites and totally demonized them. This made it easier for the allies to discredit them after the war and make criticism of Jews a criminal offence in Germany.

The Nazis also really did cover up the Cuckoo story in the sense that despite holding power over 10 years in Germany the university professors were not encouraged to study it. One reason for this is that the Nazis were semi-socialists. They did not like to point out how Jews helped the state grow and regulate the economy. Why? Because Nazis supported a strong state and extensive economic regulation. They did not want to present the Cuckoo story as a battle between liberty and the state because they were on the side of the state. They just wanted to take the Jews away from the equation. This is why they only demonized Jews as evil parasites.

Since the Jews have the money machine it is not surprising they were able to buy out the intellectuals and dominate whole political movements. But still. There must have been at least a few Gentiles who could have written a book or even a detailed article about the Jewish Cuckoo story from the point of view of Liberty. As far as we know none did. Why?

They were cowards. To be able to write the Cuckoo story you need to have read widely especially history and economics. These sort of White intellectuals are usually feminine types who are very susceptible to group pressure. They are terrified being labeled an anti-Semite. They are simply cowards. They would rather see the White race destroyed than “loose” their reputation.

It is very simple.  The White group has been broken by the Culture of Critique and the power of U$Srael. Those who want to defend White interests are marginalized and punished. Most intellectuals do not dare to study politically incorrect topics. A few lonely conservative or Nazi intellectuals might write something critical of the Jews but they do not offer the Big Picture. Instead they criticize or even demonize the Jews in simple terms.

So it had to be the Jews again. It is the intellectual Jews who revealed the Big Picture. The Jew Benjamin Ginsberg wrote a remarkable book about the Fatal Embrace. Of course, he wrote it from a Jewish perspective to warn Jews but it still contains most of the Big Picture picture.

Ludwig von Mises showed in his book Human Action how fractional reserve banking (money machine) is not only a house of cards but also inevitably leads to business cycles and economic collapse.

Then there was the Jew John Mearsheimer who together with Stephen Walt wrote about the Israel Lobby that forms the heart of U$Srael.

Finally there was Murray Rothbard who in his book Wall Street, Banks and American Foreign Policy revealed how the Jews created the ruling elite. Of course, he did not dare identify Jews as Jews, but he certainly wanted us to know.

Joining these pieces of the puzzle together with Kevin MacDonald’s book the Culture of Critique is very easy. They are all part of the same story how elite Jews took over.

Now we finally have the whole picture. Spread the word and perhaps young Whites will some day see through the lies and save their race.