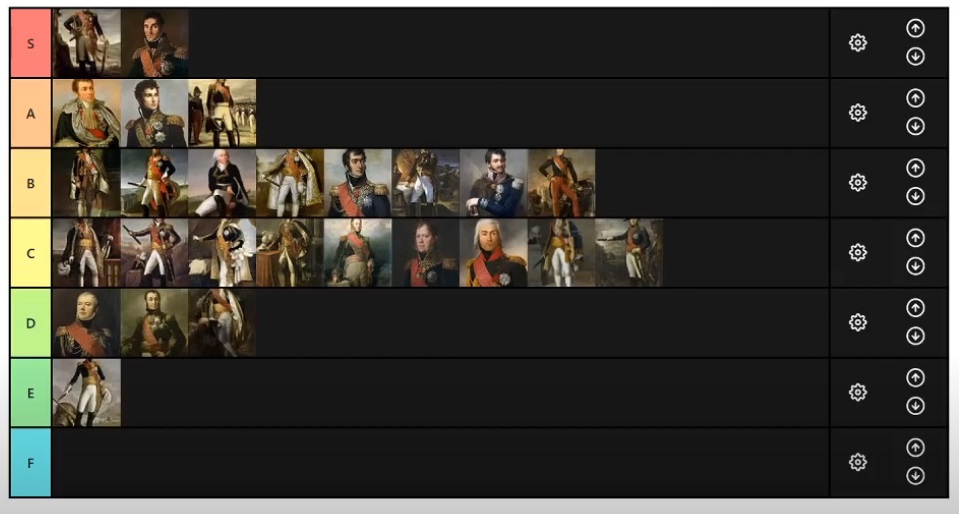 In all of history Napoleon, Alexander Great and Genghis Khan seems to have been the greatest military geniuses. They also had the best subordinates. Thus they had the best led armies.

Hitler did not have many super talented subordinates. No wonder he became so often outraged.

Napoleon believed that Soult, Massena and Marmont were his greatest Marshals. But were they?

Sean believes that Louis Nicolas Davout was the best. He was the equal of Wellington.

Jean Lannes was practically on the same level but died young in 1809 which hit Napoleon hard because of all the marshals Lannes was his close friend. They always got along famously.