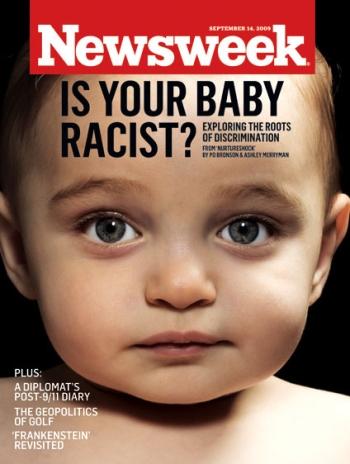 Page xxxii, paragraph 3: It is interesting that developmental psychologists have found unusually intense fear reactions among Israeli infants in response to strangers, while the opposite pattern is found for infants from North Germany. (See endnote 14, Endnote 14. Grossman et al. and Sagi et al., in I. Bretherton & E. Waters (Eds.), Growing Points in Attachment Theory and Research. Monographs for the Society for Research in Child Development, 50(1-2), 233-275.)

The Israeli infants were much more likely to become “inconsolably upset” in reaction to strangers, whereas the North German infants had relatively minor reactions to strangers. The Israeli babies therefore tended to have an unusual degree of stranger anxiety, while the North German babies were the opposite — findings that fit with the hypothesis that Europeans and Jews are on opposite ends of scales of xenophobia and ethnocentrism.

Sagi et al. suggest temperamental differences in stranger anxiety may be important because of the unusual intensity of the reactions of many of the Israeli infants. The tests were often terminated because of the intense crying of the infants. Sagi et al. find this pattern among both Kibbutz-reared and city-reared infants, although less strongly in the latter.
However, the city-reared infants were subjected to somewhat different testing conditions: They were not subjected to a pre-test socialization episode with a stranger.

Sagi et al. suggest that the socialization pre-test may have intensified reactions to strangers among the Kibbutz-reared babies, but they note that such pre-tests do not have this effect in samples of infants from Sweden and the U.S. This again highlights the difference between Israeli and European samples.