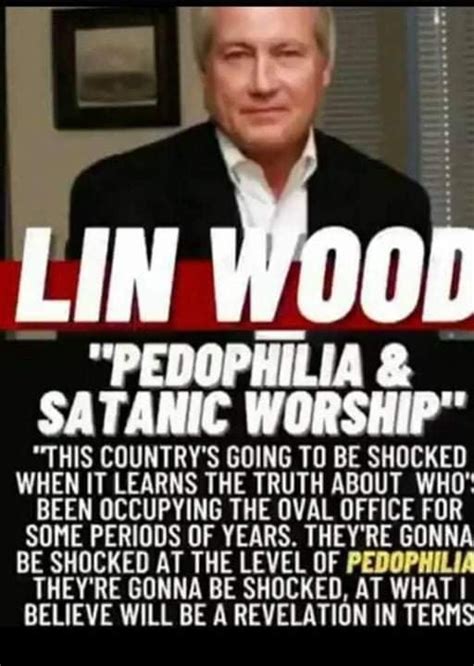 Lin Wood has been threatening to expose the international pedophile ring.

Wikipedia has a nice intro:

At the end of December 2020, Wood launched a series of baseless allegations on Twitter: he implied that Chief Justice John Roberts was involved in the death of Justice Antonin Scalia, suggested that Roberts was a child trafficker, declared that the deceased Jeffrey Epstein was actually alive, and that Epstein could reveal the truth about Roberts.[31][32]

At the start of January 2021, Wood declared his belief that Vice President Mike Pence would “face execution by firing squad” for “treason”, after Pence’s lawyers fought a lawsuit which was aimed at making Pence refuse to count electoral votes for Joe Biden.[33] Wood also called for Chief Justice Roberts and Senate Majority Leader Mitch McConnell to be arrested for treason.

In early January 2021, Wood continued promoting unfounded conspiracy theories linked to QAnon, alleging that Chief Justice John Roberts had committed child rape and child murder, and was being blackmailed for this by ten intelligence agencies of various nations.

His Twitter account was permanently suspended after the 2021 storming of the United States Capitol, following his false claims that members of the pro-Trump mob were antifa activists in disguise and that Vice President Mike Pence was a “child molester”.[38][39][40]

For some reason Wood will not touch the Israeli connection but otherwise very interesting stuff on these videos: