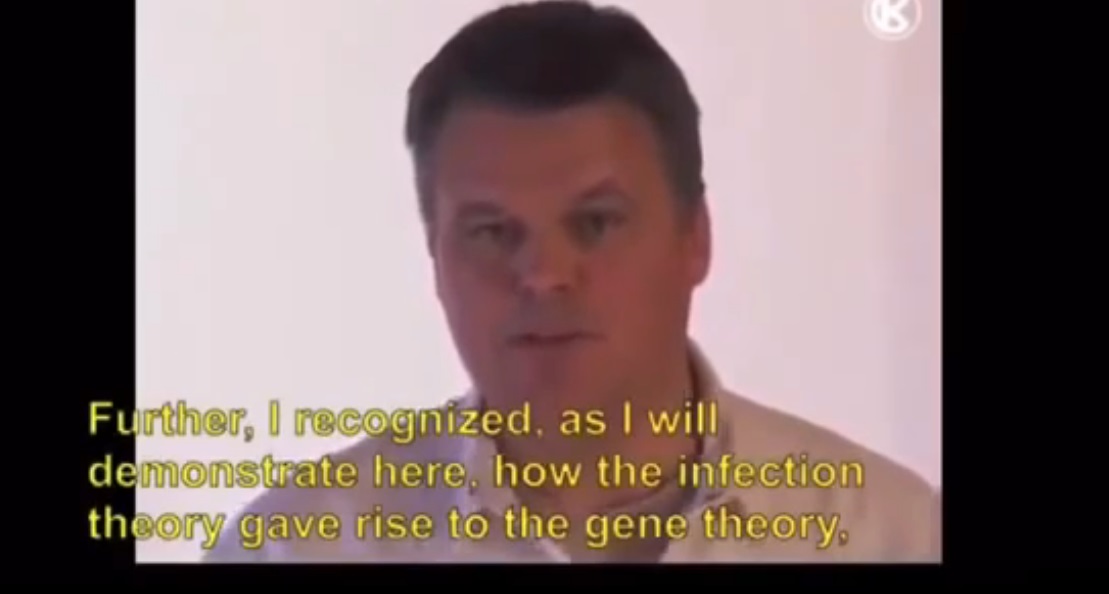 The history of viruses and bacteria from a virologist Dr. Stefan Lanka.

He studied biology at the University of Konstanz, where he submitted his diploma thesis in 1989 on virus infestations in marine brown algae.

In 1994 he was awarded a doctorate in the same position with a thesis on molecular biological studies of the virus infection in Ectocarpus siliculosus (Phaeophyceae). rer. nat. doctorate.

For almost one year we have been asking authorities, politicians and medical institutes for the scientific evidence for the existence of such viruses that are said to cause disease and therefore require “immunization”. After almost one year we have not received even one concrete answer which provides evidence for the existence of those “vaccine-preventable viruses”. The conclusion is inevitable that our children are still vaccinated on the basis of scientific standards of the 18th and 19th century.

In the 19th century Robert Koch demanded in his generally accepted postulates evidence of the virus in order to prove infection; at Koch´s time this evidence couldn´t be achieved directly by visualization and characterization of the viruses, because adequate technology wasn´t available at that time. Methods of modern medicine have profoundly changed over the past 60 years, in particular by the invention of the electron microscope, yet all these viruses we get immunised against have still never been re-examined using this technology?

We showed to Dr. Lanka a number of images and explanations we were pointed to and that were said to show – respectively describe (characterise) viruses.